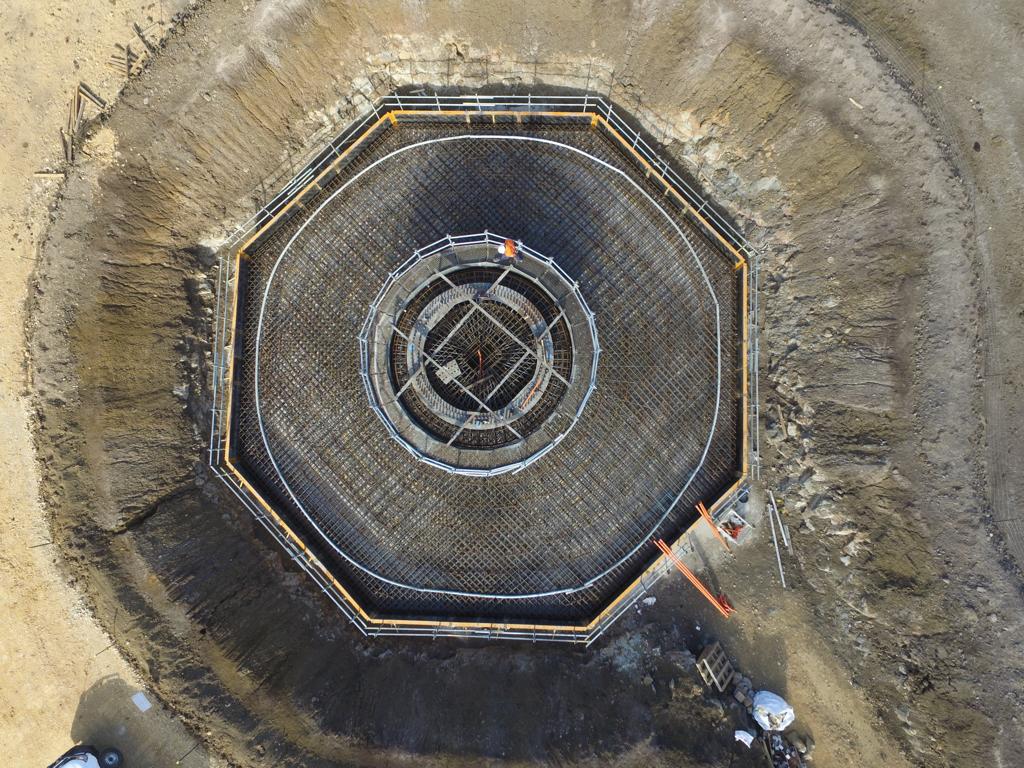 Nathan started work at the Moorabool South wind farm project in late November 2018.  The project is located near Mount Wallace in Victoria and consists of 54 wind towers.  We are contracted to build the reinforced concrete tower bases and so far, have completed 27 bases.

The guys on site have worked tirelessly through the heat, and the cold, and quickly bedded down their work methodologies to achieve record-breaking numbers:

So, who are these Nathan stars? 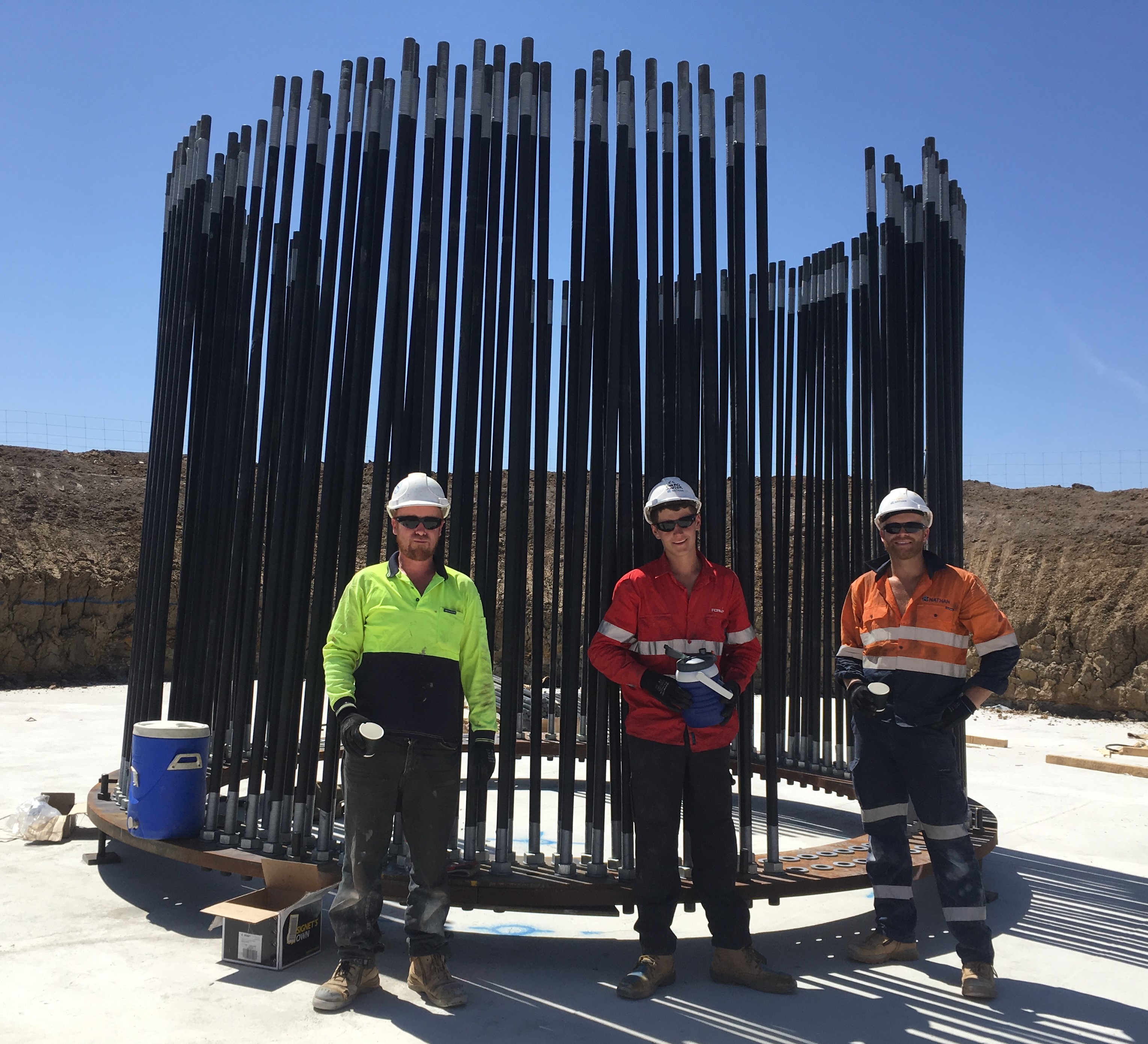 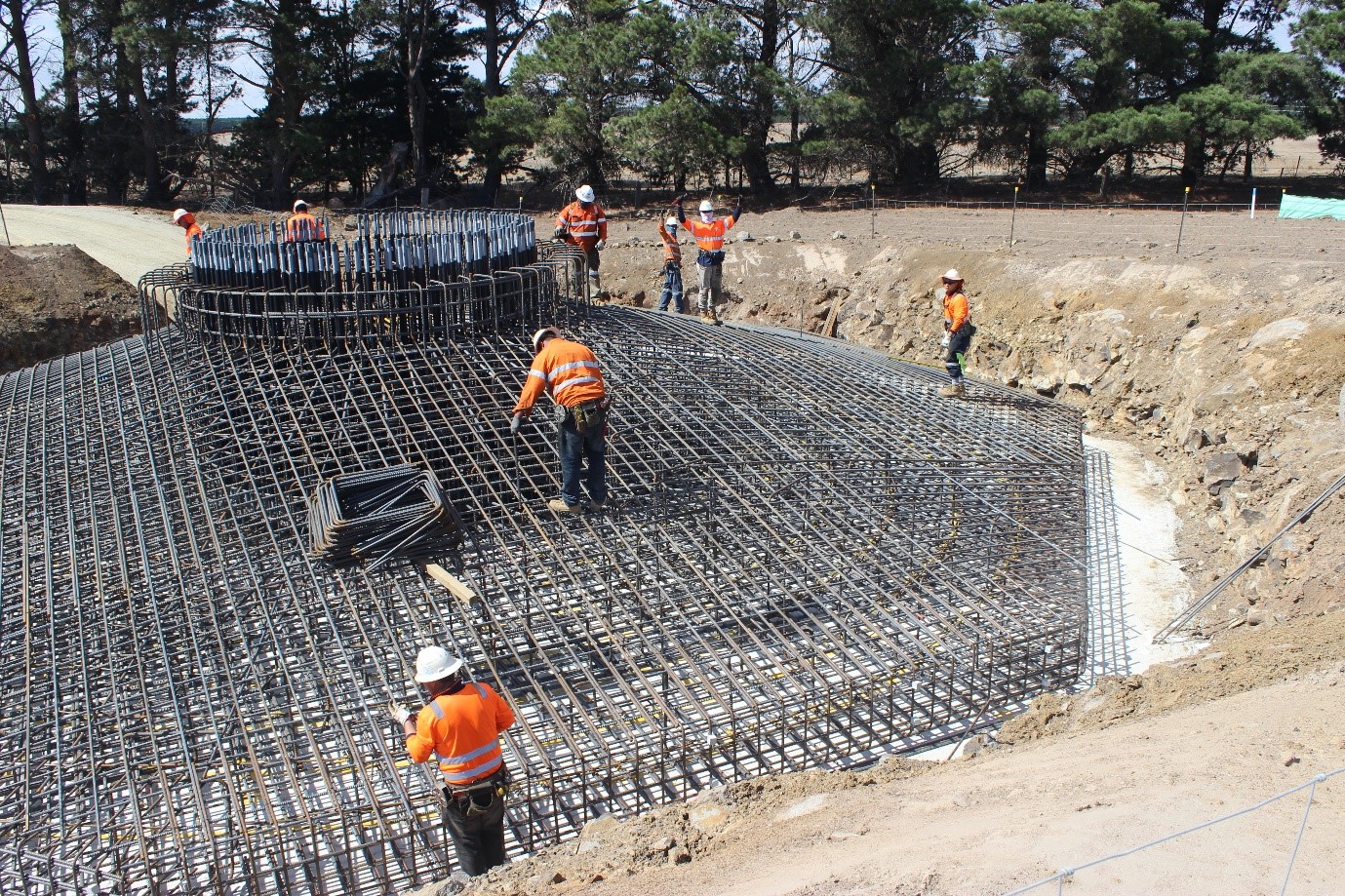 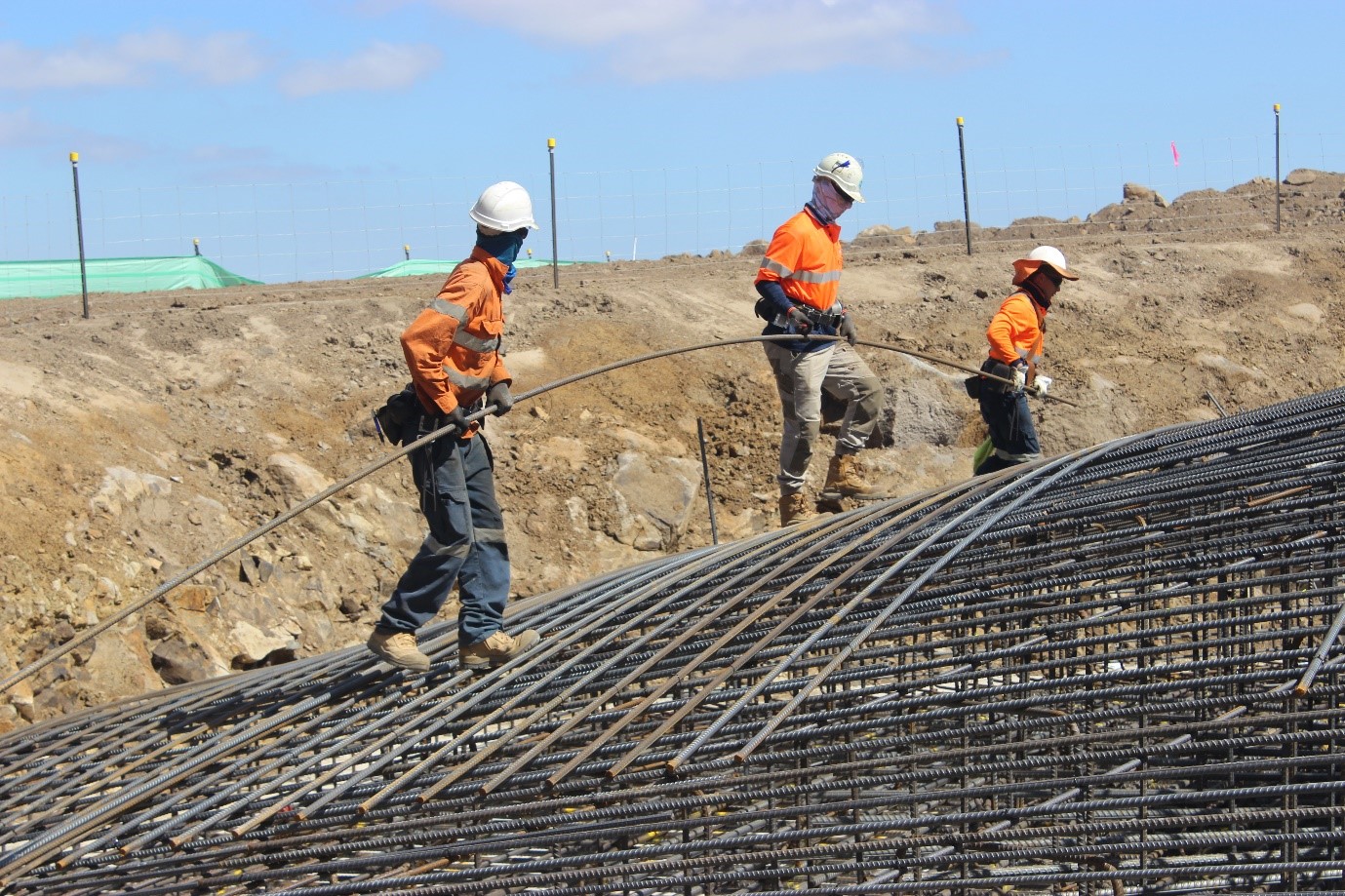 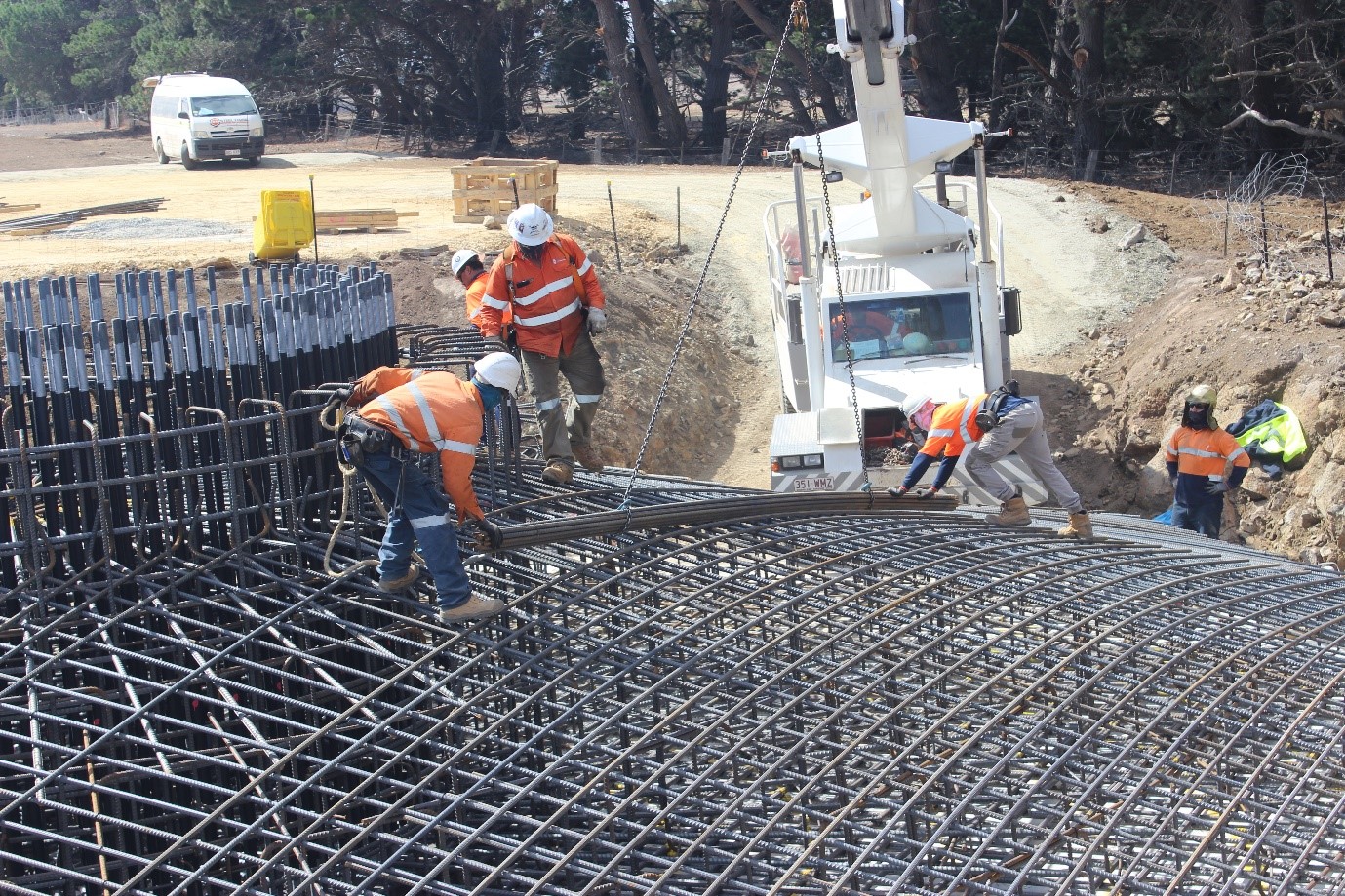 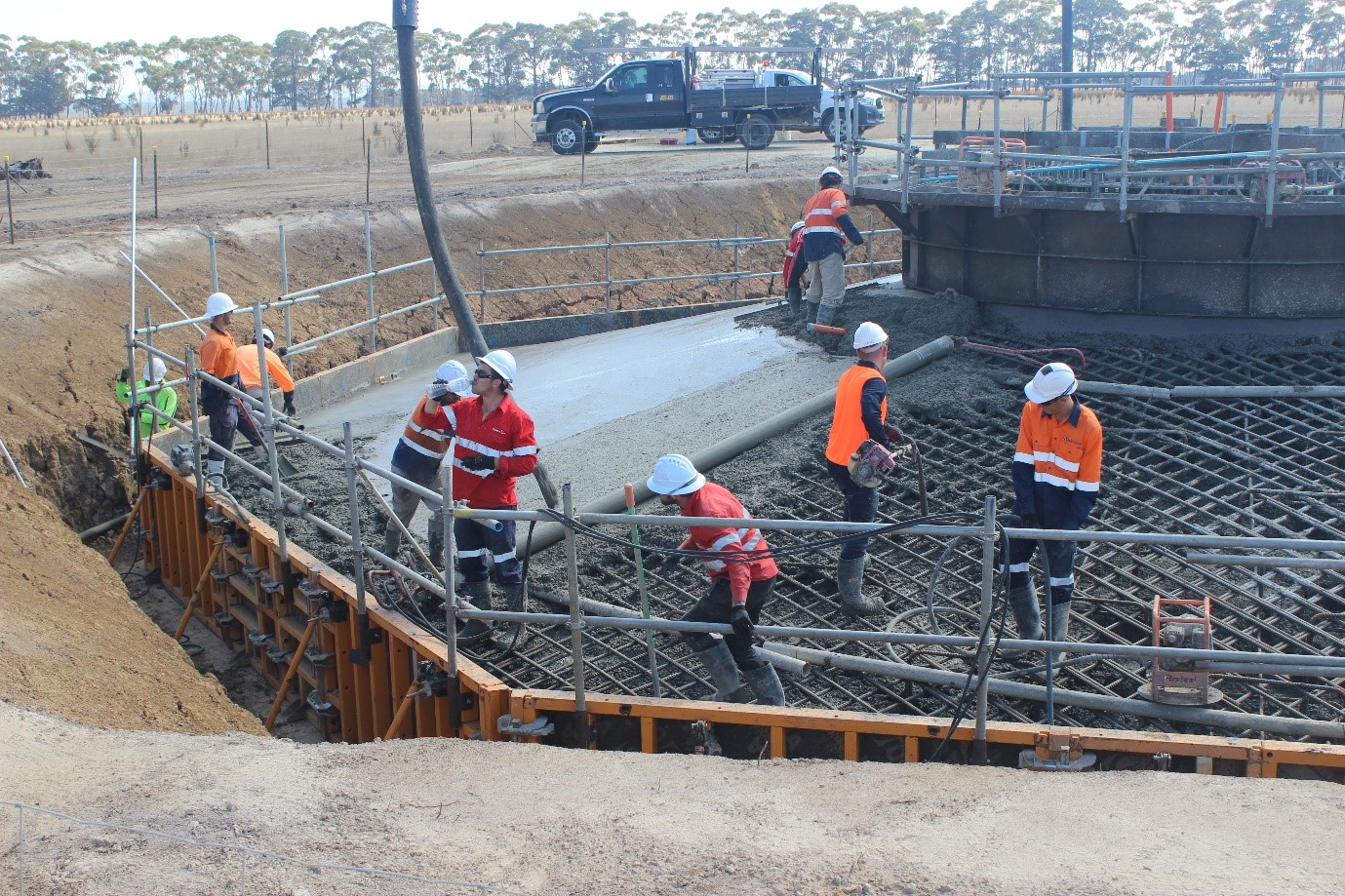 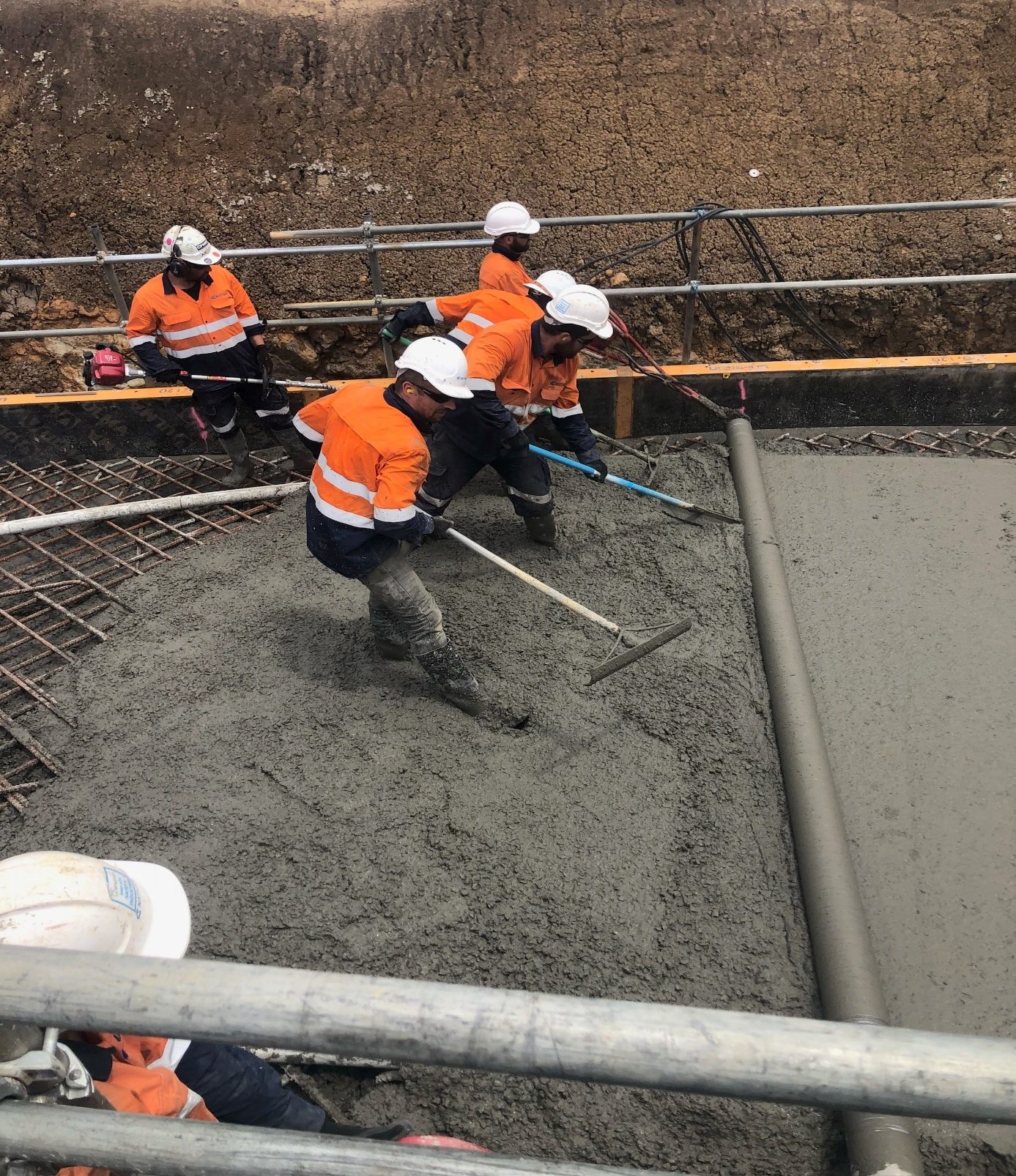 And after these guys have done their deeds, this is the result: 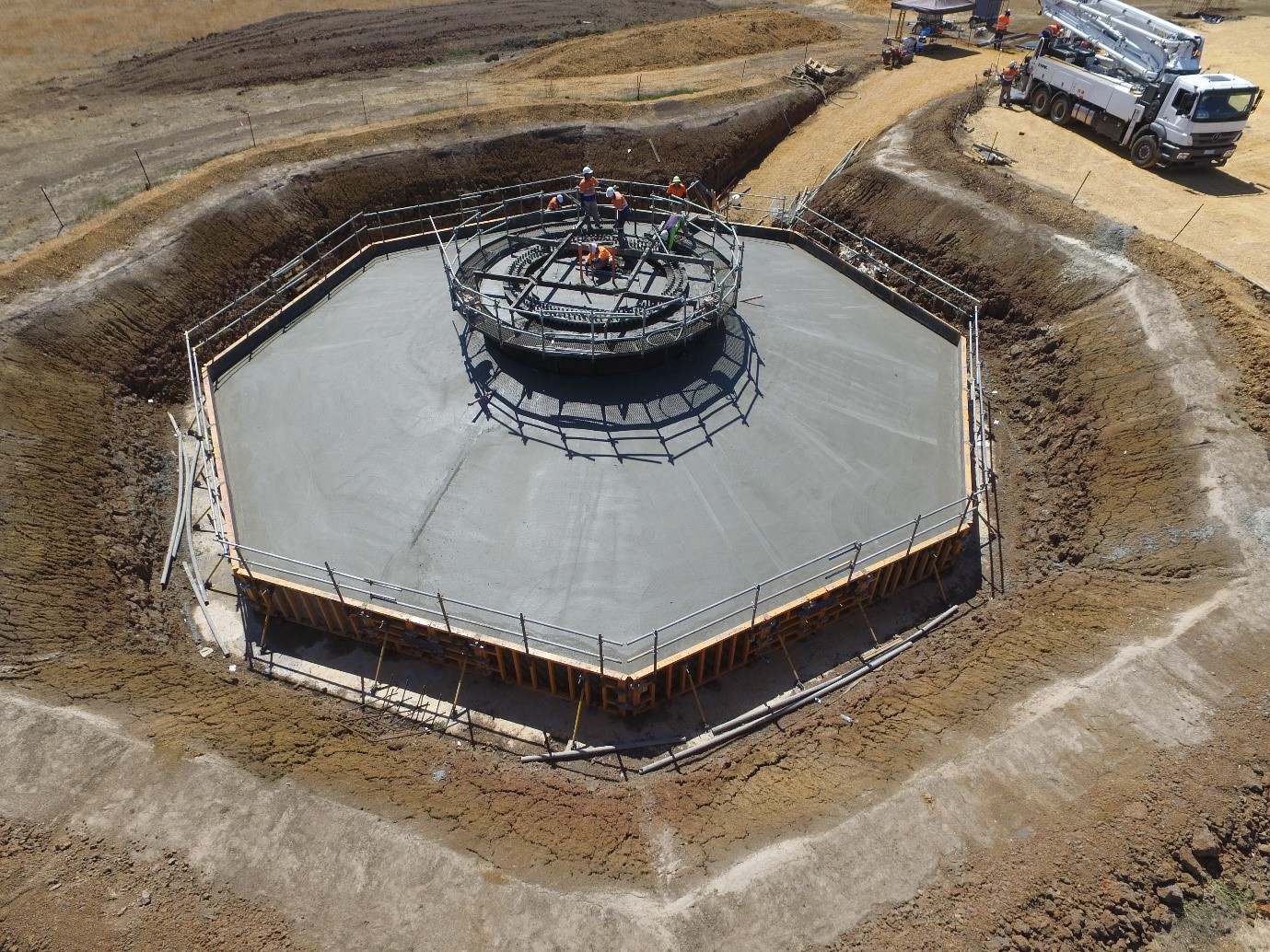 Nathan’s scope of works is to deliver 54 reinforced concrete footings.  This involves tying 3,600 tonnes of steel reinforcement, placing more than 25,000 m3 of concrete and installing grout under the base plates.

To date our site team has worked 19,000+ man-hours and poured over 12,000m3 of concrete! This equates to 55% of the overall works and now that we have passed the halfway mark, the team is really pumping!

The SM team is responsible for planning and programming of the works and for monitoring the safety and well-being our people.  We are aiming for a zero-incident site and want to ensure everyone stays safe.  We’ve had no site injuries to-date and we aim to keep it that way!

The only productivity issue we had in in February / March involved some of our new site team hanging around the farm and not lending a hand.  Here’s hoping that our new-found mates start to lift their weight in April! 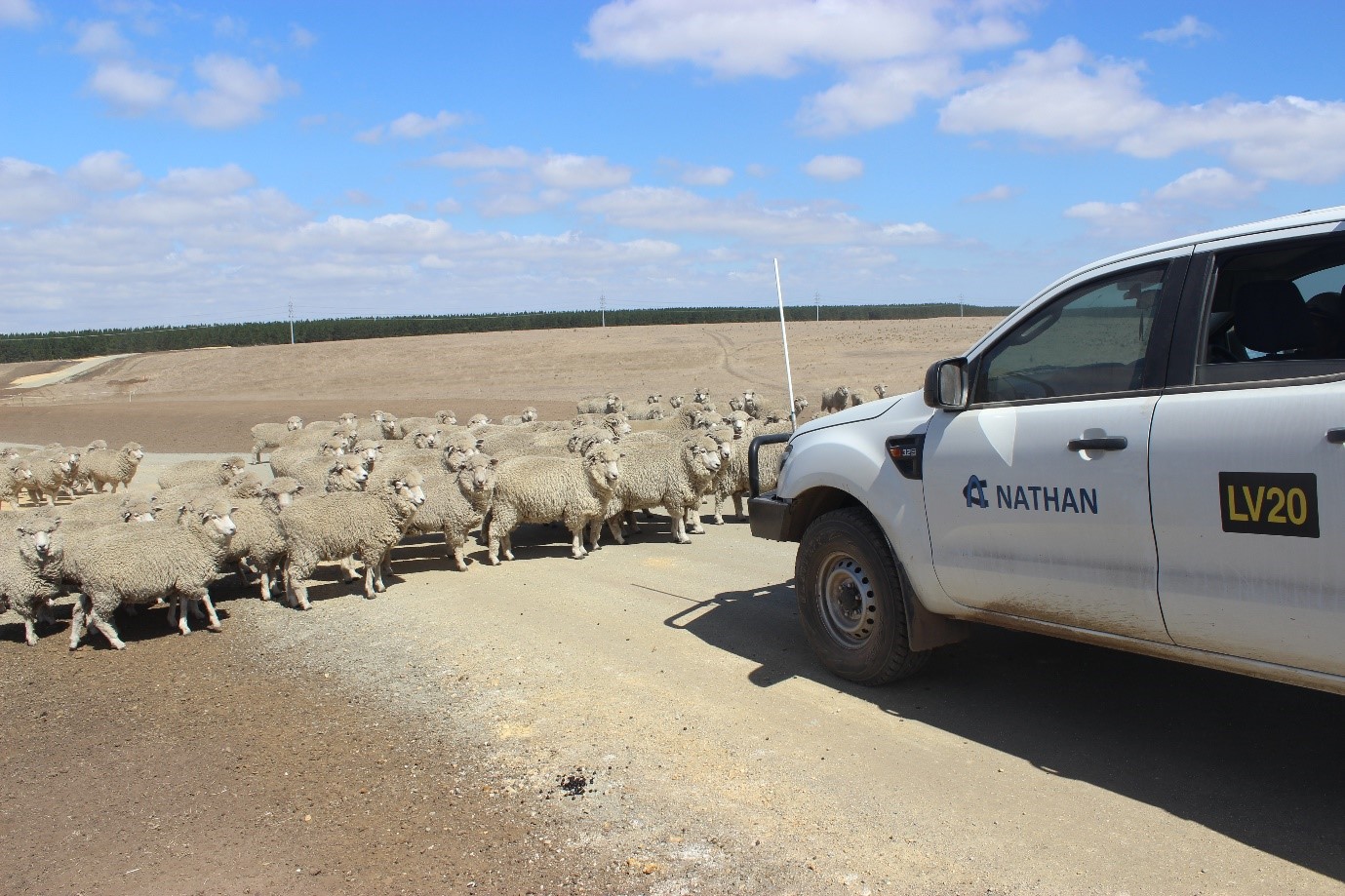