Nathan has been constructing bridges on the Sunshine Motorway upgrade project near Caloundra, QLD since mid-2018. The project is significant as it is Australia’s first Diamond Diverge interchange and we are excited to be part of the team that is at the forefront of Australian highway infrastructure: 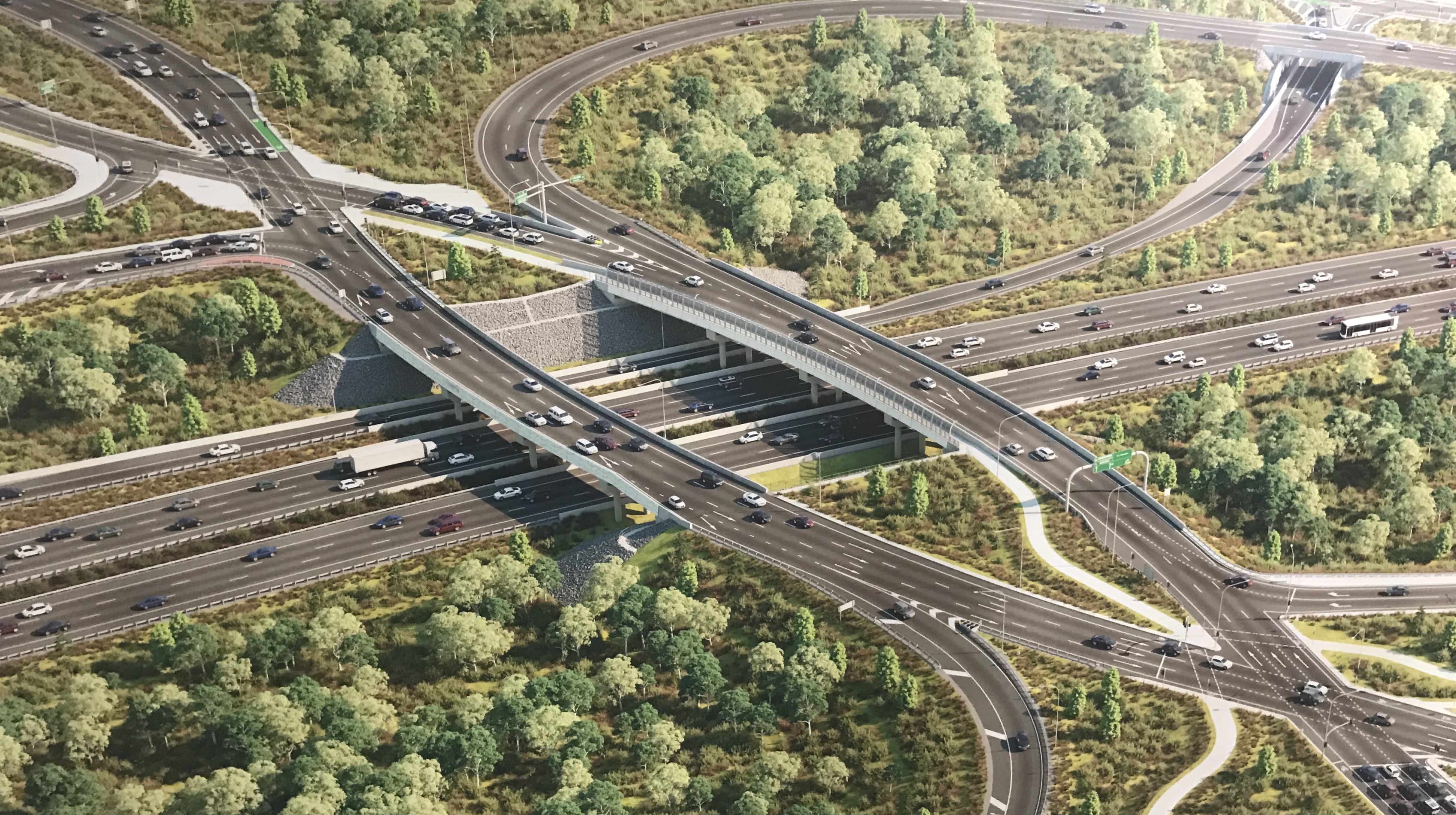 Our Motorway crew was very busy in March lifting 58 precast-concrete beams into place over the Bruce Highway. This was no small task and it involved extensive night works and over 9,400 man-hours. The beams were installed safely, and on time, continuing our track record of delivering quality results on schedule: 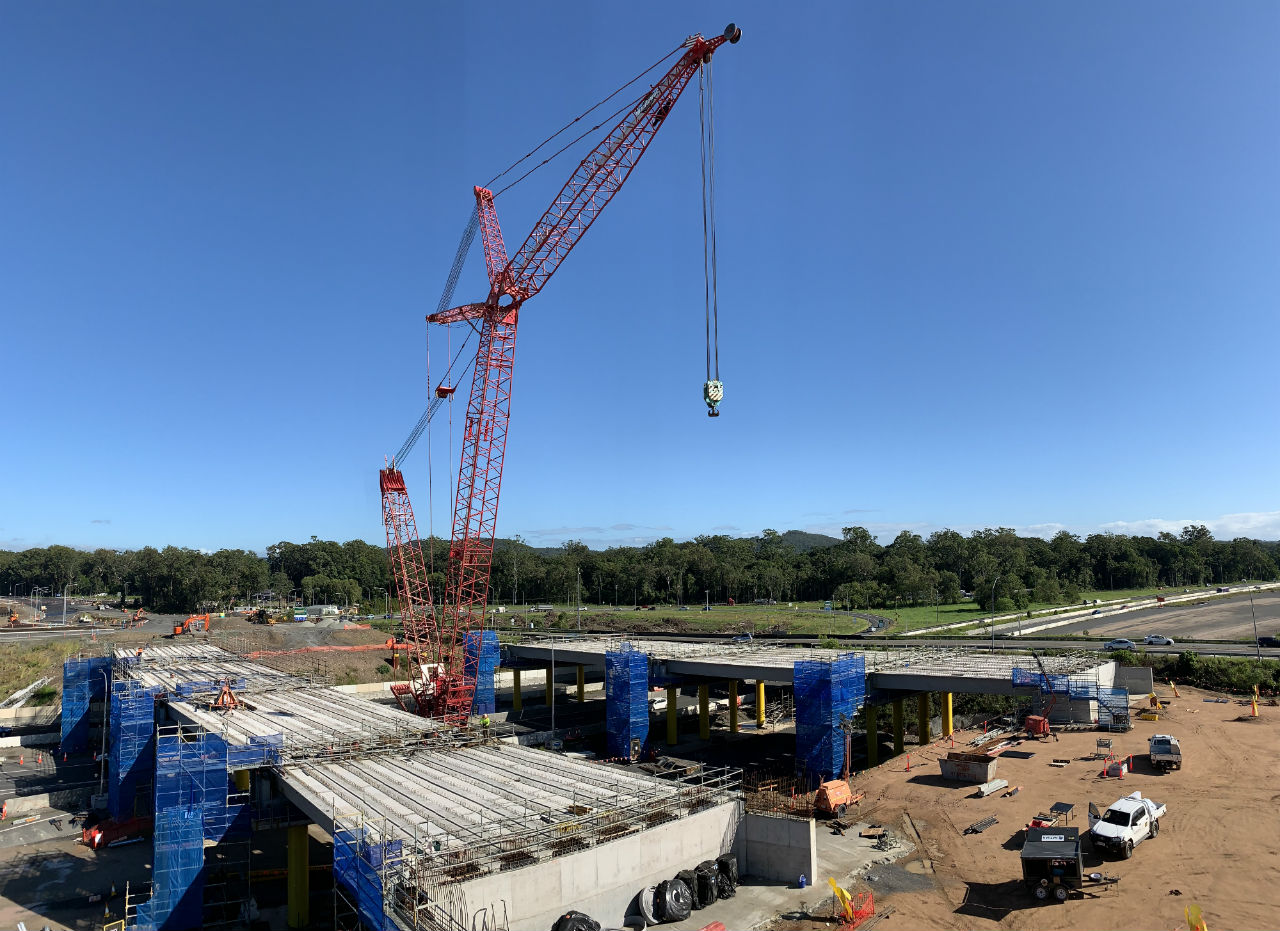 We could tell you more about the placement of the beams, but why not show you instead?

A key part of the project has been the design and construction of a falsework system for the headstocks, seven metres above ground level: 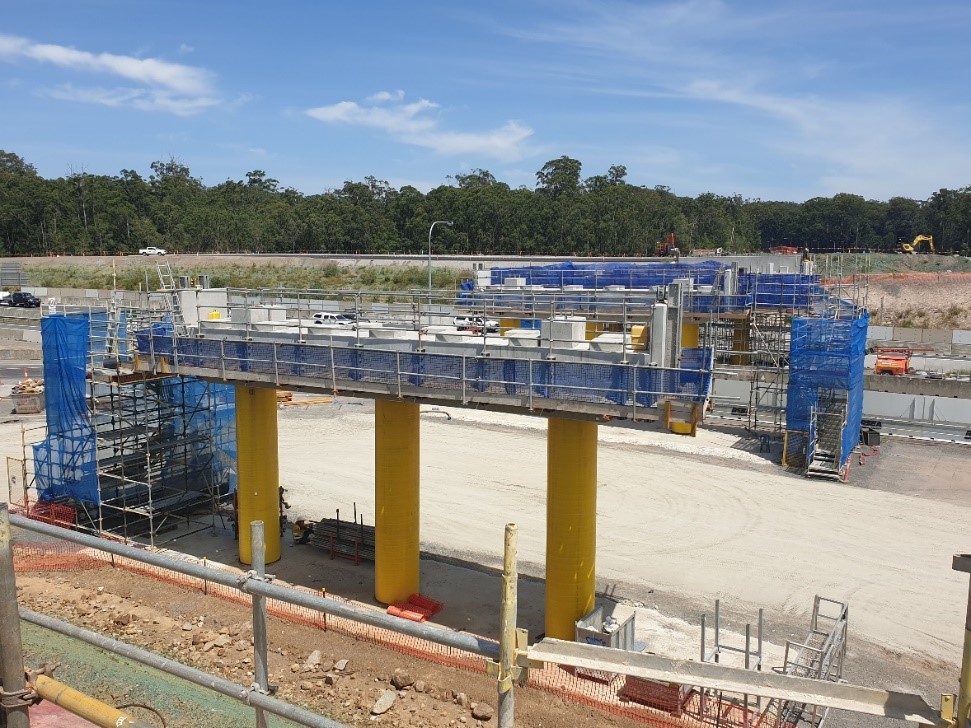 Our crews not only successfully tackled the task head on but did so on-time and without incident, thanks to our three fearless leaders, Dannie Williamson, Andrew Pucket and Daniel Kelly. 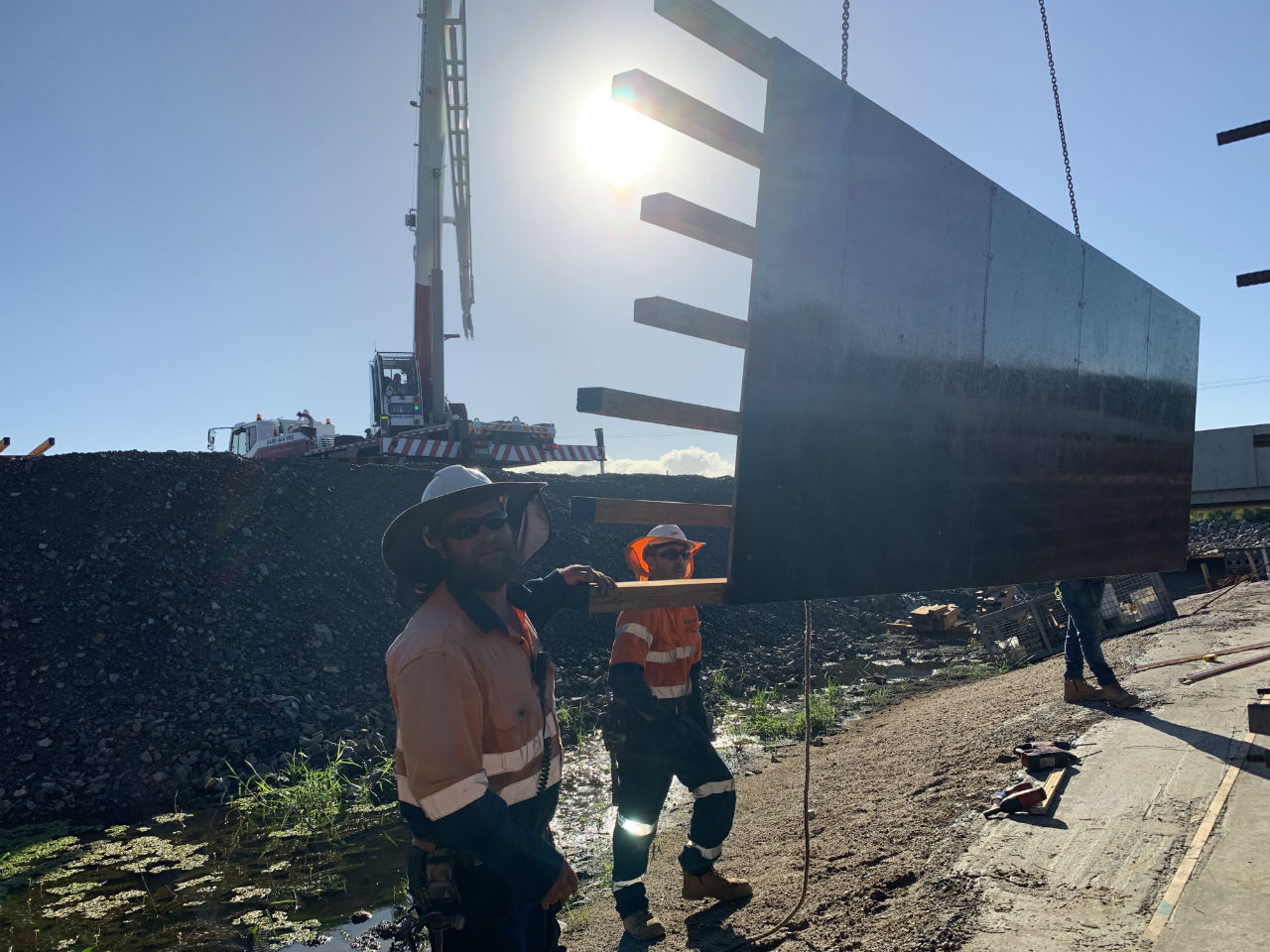 Dannie led a team of six men to construct BR11 & 12 abutments, working tirelessly to deliver outstanding work and ensure the safety and well-being of his guys. 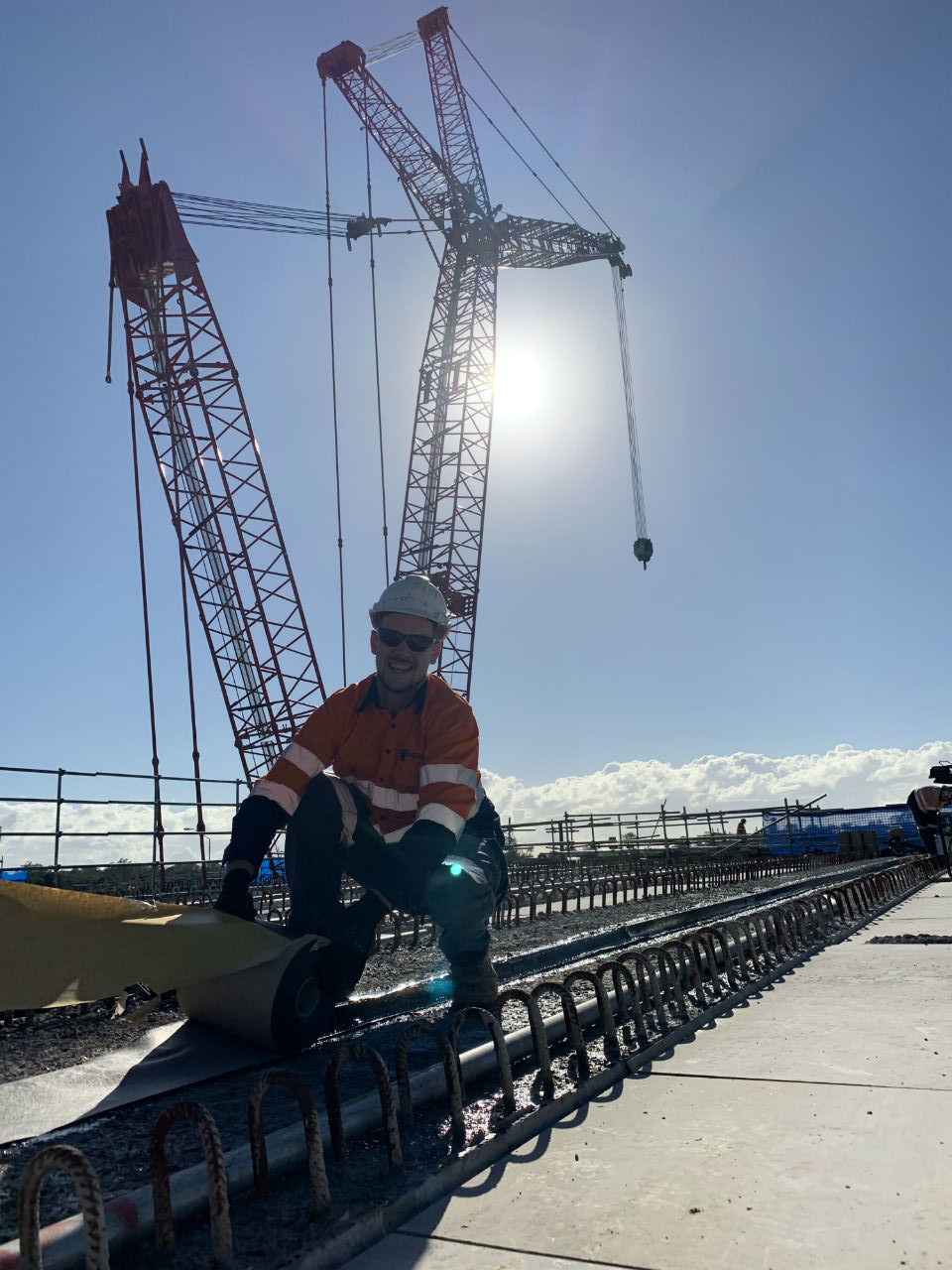 Andrew was responsible for overseeing a crew of eight men constructing pier headstocks, including the construction of a headstock in the centre median of the Bruce Highway. This required six weeks of continuous nightshift to complete and the crew went above and beyond to get the job done at the highest standard. 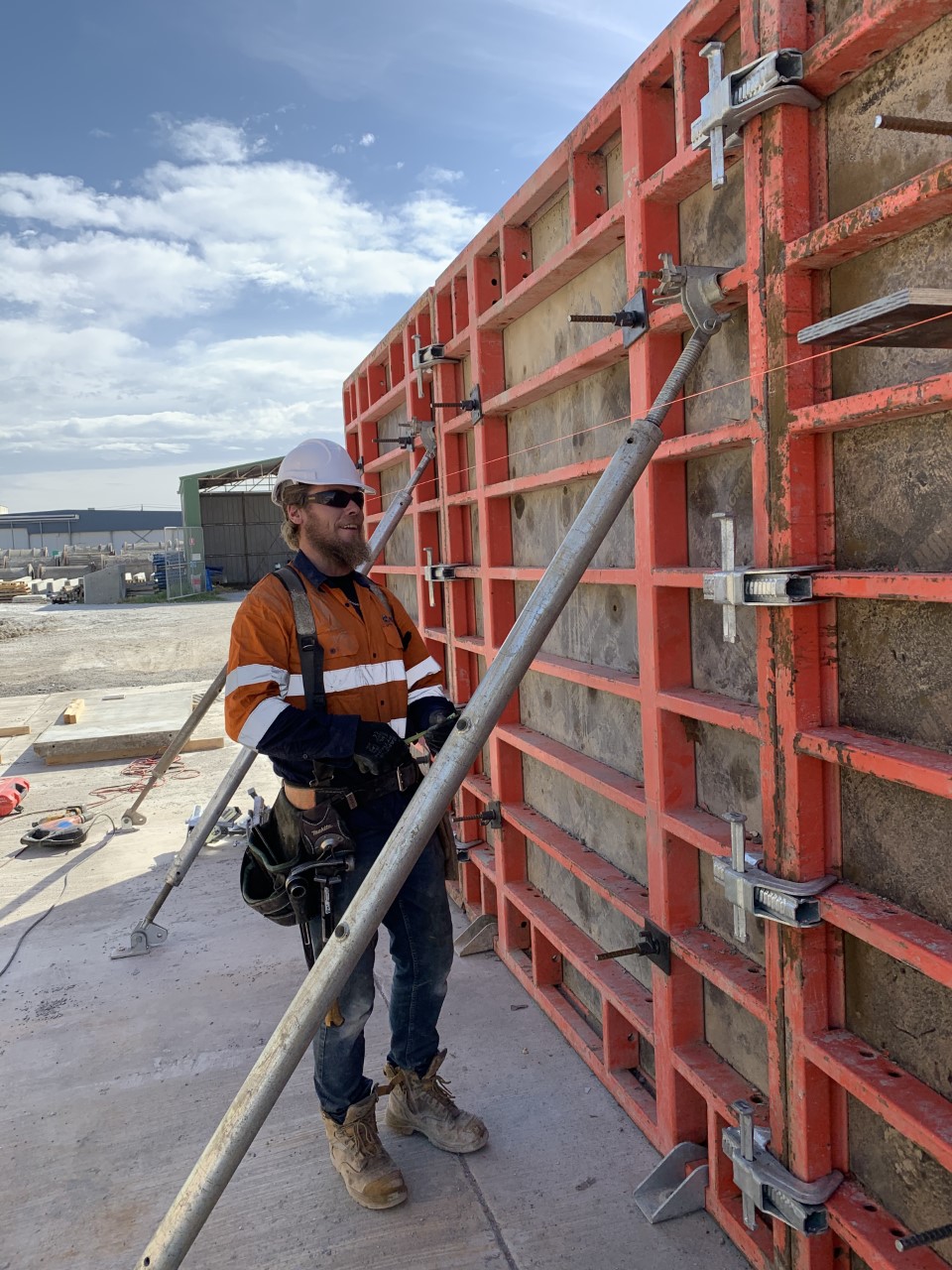 Daniel has been an integral part of the Nathan team, leading a crew of 3 men in the construction of bridge barriers on the project. To date he has lead his team to complete the installation of 98 precast parapet shells, casting 380 lineal metres of in situ concrete barrier over approximately 2,450 man hours. No small feat!

We’re not ready to hang up our hard hats just yet. April will see us commencing construction of a new section of the motorway, which includes 1500m2 of bridge deck, 52 precast parapet panels and 200 lineal metres of in-situ concrete barrier. 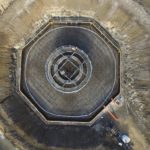 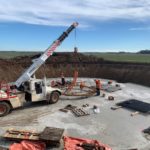